Canadian Pole Vaulting on the Rise! 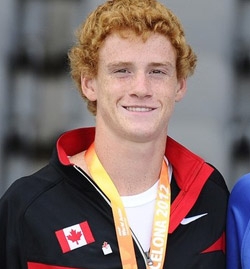 Project Athletics/University of Akron athlete Shawn Barber is one of two Canadian Pole Vaulters vying for a medal at the Commonwealth games being held July 23 to August 3rd in Glasgow Scotland. Shawn is currently ranked first in the commonwealth with his season best of 5.65m. Shawn has had a great season thus far with a victory and Canadian record at the NCAA Indoor championships as well as a second place finish at the NCAA outdoor championships. 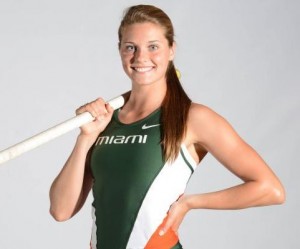 The second pole vaulter representing Canada in Glasgow will be London Legion/University of Miami pole vaulter Alysha Newman. Alysha is currently ranked 3rd in the Commonwealth with her season and personal best of 4.41m. Her competition will be on August 2. This is Alysha’s second time on a senior team, last year she competed at the Francophone Games. Look forward to seeing Alysha more often at championship competitions. To keep up to date on results from the Commonweatlh Games you can visit the website: http://results.glasgow2014.com/sports/at/athletics.html 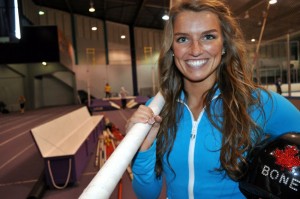 Representing Canada at North American Central American and Caribbean Championships being held in Kamloops British Columbia will be the University of Western’s Robin Bone. Robin will go into the meet looking to come home with some hardware. The Western athlete has a personal best of 4.22m which would most likely put her in medal contention. Look for results at: http://www.nacac2014.com/ 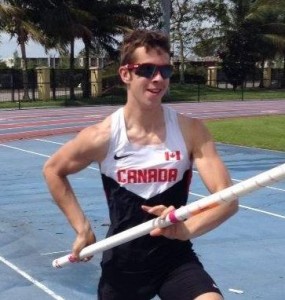 Up and coming star Tristan Slater will be representing Canada at the Youth Olympics taking place in Nanjing China. Tristan has been having a great year with a current season and personal best of 4.95m. That result puts him just outside of the 10th place Youth ranking of 5m. Look forward to seeing more of Tristan in the future. He looks to be one of the rising stars in Canadian pole vaulting. You can visit the YOG website here: http://www.olympic.org/nanjing-2014-youth-olympics

University of Toronto Track Club/Princeton Athlete Allison Harris will be representing Canada in Eugene fighting for her spot in the final. Allison has a personal and season best of 3.95m which she achieved in April. The World Junior Championships run from July 22-27. Visit the website to keep up with Canadian Results. http://oregon14.com/#&panel1-1